A regional daily has launched a front page bid to make its patch a greener place to live.

Portsmouth daily The News has launched a new campaign called ‘Going for green’, which aims to make the city safer and healthier for the future.

The campaign is being run in conjunction with Portsmouth City Council’s climate action board, which was set up after the authority unanimously passed a climate emergency motion in 2019.

Over the coming week, The News will take an in-depth look into each issue set to be tackled by the board, why it matters in Portsmouth and how readers can each play their own part. 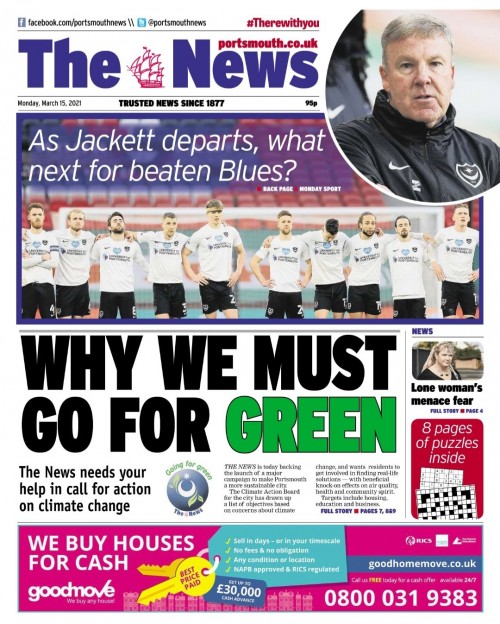 Its launch provided a splash for The News yesterday (16).

Posting on Twitter, editor Mark Waldron said: We’re delighted to be working with our friends at the Portsmouth climate action board to be going for green in Portsmouth.

“A major new campaign and so many ways for everybody to play a part. Keep watching.”