A daily journalist has won a national award for her campaigning work to get better care for people living with dementia.

Caroline triumphed in the category for her work on The Herald’s Think Dementia campaign.

The campaign was launched in 2019 in a bid to get better care for 90,000 people living with dementia across Scotland. 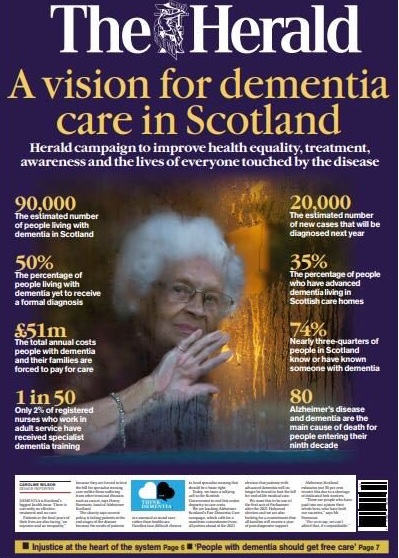 How The Herald launched the campaign in 2019

In giving her the prize, the awards judges said: “Caroline demonstrated attention around an important issue, resulting in clear impact that affected change.”

Caroline told HTFP: “It’s a lovely surprise but more importantly, it’s great to get this recognition for the Herald’s Think Dementia campaign.

“We want to ensure people with advanced dementia have access to free nursing care at the end of their lives – in line with other terminal conditions.”

Geraldine Scott, formerly Westminster correspondent at the Yorkshire Post, was highly commended in the category.