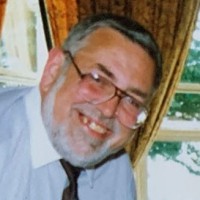 A regional daily journalist who went on to launch and run a motorcycle magazine has died aged 84.

Tributes have been paid to Bill Lawless, who served as chief features writer on the Teesside Evening Gazette.

Bill, pictured, left the Gazette to launch Trials and Motocross News in May 1977.

In an obituary for the magazine, his son Sean wrote: “His presence is still evident in every single page thanks to the team that inherited TMX but his journalistic roots ran much, much deeper.

“’Never let the truth get in the way of a good headline, kid’ was one of his maxims. Of course, he didn’t mean it.

“Bill was straight out of the old-school when it came to journalism and the truth was sacrosanct – unless he had to bend it slightly, usually because of a motorcycle purchase.”

Originally a mechanic, Bill began his journalism career on the Kent and Sussex Courier.

He then worked in London and edited Motorcycle Mechanics in the mid-1960s, before becoming motoring correspondent at Brighton daily The Argus and later working on the Middlesbrough-based Gazette.

Sean added: “Bill was sometimes bad-tempered, often stressed and rarely diplomatic but he had the heart of a lion and TMX gave him an amazing platform.

“There was no internet, no social media, back in the day and most people didn’t know what had happened at the weekend until the following Friday but he didn’t abuse his position.

“It was the opposite. He knew the power of his pen and he was always on the side of the underdog.”

Bill, who died on Christmas Day, is also survived by wife Sheila, daughters Kary and Victoria, and granddaughters Julia, Hazel and Polly.