Journalist steps up to edit weekly where he began career 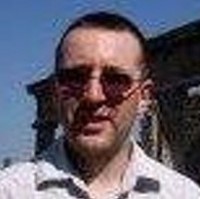 A journalist who began his career at an island weekly three decades ago has been named as the new editor of the title.

Alistair Munro will join the Shetland Times, where he started out two weeks after his 16th birthday, at the end of this month before editor Adam Civico steps down after eight years in charge.

Shetland native Alistair, pictured, is currently a senior reporter in the Highland newsroom of Aberdeen-based daily the Press & Journal.

Adam will be joining Lerwick-based NB Communication as head of content marketing, where he will be involved in running the Promote Shetland service as well as developing services for existing and new clients.

Alistair, 46, told the paper: “The chance to return to the Shetland Times, where my career began, is an exciting opportunity and I am looking forward to getting started.

“I’ve always read the newspaper every week and I know how highly regarded it is by the community. I’m delighted to play my part in ensuring the continued success of the newspaper and website.”

Alistair and Adam will work together at the Times for a short time to ensure a smooth transition.

Adam said: “It has been a privilege leading such a fantastic and hardworking team.

“I have enjoyed some great years at the Shetland Times with many memorable moments and I will miss the cut and thrust of working in a busy newsroom.

“Having a trusted local newspaper is as crucial as ever and I know Ally and the editorial team will continue to excel in providing all the local news, sport and comment that our readers expect.”

Times news editor Jim Tait has also announced he will be retiring in June after almost half a century with the newspaper.