A regional daily’s special edition has hit the streets after their local football club’s historic success.

City secured the trophy with a goal from Belgian midfielder Youri Tielemans in the 63rd minute.

It means the club have now won every major honour in English football – having previously won the League Cup three times and achieved an unlikely Premier League title in 2016. 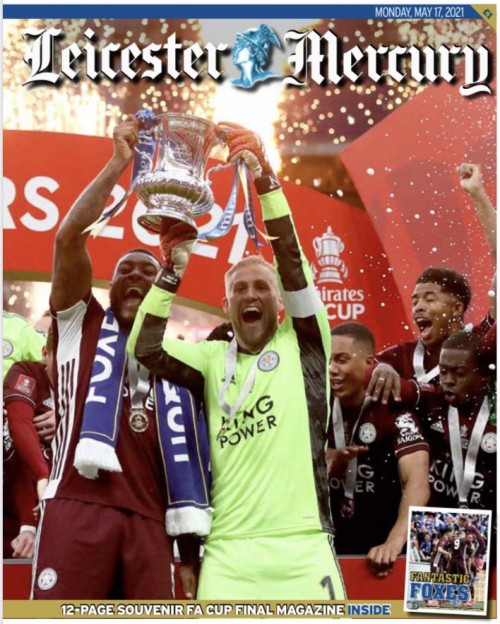 A 12-page special supplement hailing the ‘Fantastic Foxes’ also featured inside the newspaper.

City previously held the unenviable record of playing in the most FA Cup finals without ever winning the trophy – having fallen at the final hurdle in 1949, 1961, 1963 and 1969.