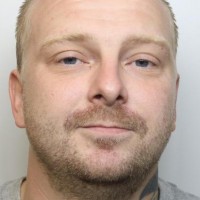 A woman whose heart attack was reported on by a regional daily has had her complaint about the newspaper’s coverage rejected.

Karen Symonds complained to the Independent Press Standards Organisation after the Swindon Advertiser mentioned her heart attack in a story it ran.

Her illness had previously been mentioned in open court because she was the mother of her son Scott Symonds, pictured, who was involved in a police armed siege.

Despite her complaint, IPSO therefore found the Advertiser had the right to refer to the incident in a story it ran about police officers who attended the scene receiving commendations for their response.

The Advertiser reported Ms Symonds had suffered a “heart attack” during the incident, and that officers “put themselves in harm’s way to resuscitate her” by performing CPR “while ducking out of [her son’s] line of fire”.

Ms Symonds claimed the story breached Clause 2 (Privacy) of the Editors’ Code of Practice because it reported that she suffered a heart attack during the incident.

She said that this was private medical information and as such should not have been published.

Denying a breach of Code, the Advertiser said the information was heard in open court during her son’s case in November 2019.

It provided a copy of the reporter’s contemporaneous shorthand notes in order to demonstrate this, accompanied by a transcript of the relevant notes.

The Advertiser said newspapers were entitled to report on court proceedings, particularly in the absence of reporting restrictions.

It added that this information was highly relevant to the story given that police officers were honoured for their response to the incident and performing CPR on the complainant under the circumstances described.