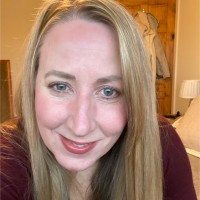 A regional daily’s editor has shared her shock at the “cruelty” of those who abuse her young journalists.

Nicola Adam, who edits Blackpool daily The Gazette, has hit out at online trolls who abuse her reporters and urged them to “think before you post”.

HTFP has covered a number of instances of young journalists being affected by such comments in recent years – with female reporters, in particular, being targeted on many occasions.

Nicola, pictured, took to Twitter to speak out about the matter following an incident which it is understood involved a female journalist.

Posting on the social media site, Nicola wrote: “Sometimes I’m shocked by the cruelty of commenters online – particularly those trolling our young journalists.

“Abusing someone because you want to look pious, follow the crowd and gain likes does not make you a better person – it makes you an online bully.