A regional daily has apologised for running a headline that was not “accurate and balanced” on its international page.

The Manchester Evening News has said sorry following complaints about its coverage of a Hamas gunman killing an Israeli and wounding four others in an attack at a holy site in Jerusalem.

On the page, the MEN ran with the headline ‘Palestinian shot dead after holy site killing’.

But the wording prompted complaints from readers yesterday, while the Jewish Representative Council of Greater Manchester and Region said it contacted the MEN to demand an “urgent meeting”. 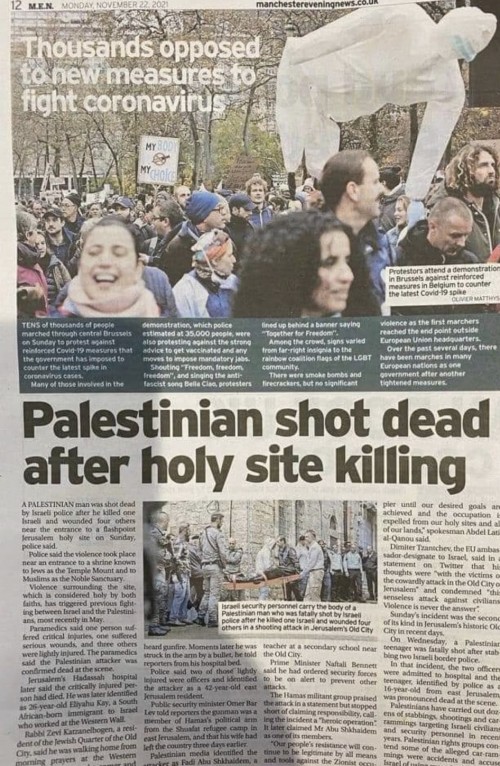 According to the Jewish Chronicle, Marie van der Zyl, president of the Board of Deputies of British Jews, further described the headline as “a highly misleading inversion of what took place”.

The newspaper said yesterday: “In today’s print MEN we carried a headline on the international page following a deadly attack in Jerusalem.

“We recognise the headline did not reflect the story in an accurate and balanced way.

“We apologise unreservedly for any upset caused.”