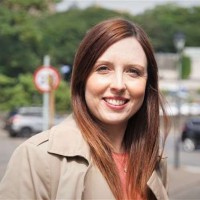 A former journalist is stepping down from her role as a councillor to start a job in the regional press.

Nicola Sinclair has quit as a member of Highland Council and is set to join Aberdeen-based daily the Press & Journal as a reporter.

Nicola, pictured, worked as a business reporter and ran her own freelance operation for seven years prior to being elected in 2017.

She had served on the authority as an independent councillor for Wick and East Caithness.

Nicola told the John O’Groat Journal and Caithness Courier: “It has been an incredibly difficult decision to leave the council and not one that I’ve taken lightly.

“The past four years have been an absolute whirlwind and I’ve learned a great deal. I have particularly enjoyed working on the Caithness Cares pathfinder and the town centre regeneration – I’ve always said Caithness has tremendous community spirit and that has been the most rewarding part of my job.

“However, it can be a really punishing role, high pressure and in the public eye, and it’s time for a change.

“I’m excited to be returning to journalism as a reporter for the Press and Journal. It’s hopefully the beginning of an exciting new chapter but I won’t pretend I’m not sad to be saying goodbye to my colleagues.

“I’ve made some great friends at council and I’m personally proud of the way in which the Caithness councillors have pulled together as a team in the best interests of the county.

“I wish my successor all the very best, whomever they may be, and most of all I want to thank the people in my ward and beyond for the kindness and support they’ve shown me.

“It’s greatly appreciated, and I’ll still be an active member of the community – so you’re not shot of me yet.”