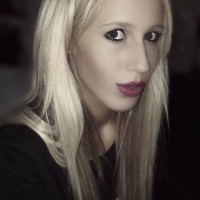 A coronavirus conspiracy theorist’s claim that she is a journalist has been removed from Facebook following complaints by union bosses.

As reported by HTFP last week, the National Union of Journalists has been seeking to remove the claim from Hannah Dean’s Facebook page.

Dean, pictured, was fined £200 by Hampshire Constabulary after she went to Portsmouth’s Queen Alexandra Hospital and took photographs of corridors, claiming that the hospital was empty.

On her Facebook profile, she has claimed to be a freelance journalist and that she worked for the NUJ.

According to the Southern Daily Echo, the claim has now been removed from her page.

The Southampton-based Echo says it is not clear if the statement was removed by Facebook or was taken down by Dean herself.

Seamus Dooley, the NUJ’s assistant general secretary, previously told Portsmouth daily The News: “Hannah Dean has no connection with the National Union of Journalists. The information on her website is incorrect and I have written to Ms Dean asking her to correct this misinformation.

“The activities engaged in by Ms Dean could not be classified as journalism and have clearly caused great upset to workers already serving in the public in the most challenging of circumstances.”