A city’s skyline is set to change “forever” after demolition began on a former regional press print centre.

Work has started on the empty former press hall in Dalston Road, home of the Carlisle News & Star.

HTFP reported last month how the newspaper’s owner Newsquest had submitted plans to build a “fantastic” new home on the Newspaper House site for the News & Star and Cumberland News.

An “iconic tower” displaying the News & Star and The Cumberland News logos will be pulled down and the branding will be moved to the White House, a separate office space in the grounds of Newspaper House. 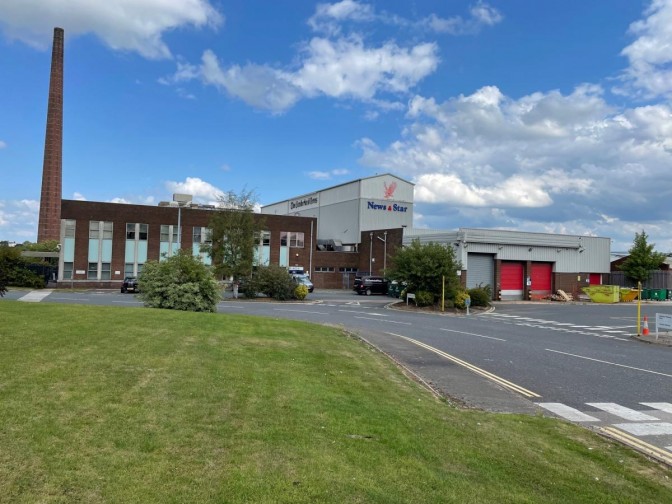 “You can’t say ‘we didn’t really write today, we’ll do it again tomorrow’. You had to print every single day.

“You didn’t think it was pressure at the time because we were all young an enthusiastic. It was a wonderful place to work.”

David, who was manager for nine of the 27 years that he worked there, added: “It was a big employer in Carlisle for a long time.

“It was always a pleasure because you always saw a lot of people coming through. About 40 to 50 years ago [making a newspaper] was a bit of a science.

“It was very much a black art. People didn’t really know what you were doing and it was all a mystery really.”

Newsquest Cumbria regional group editor Vanessa Sims said: “This project is really exciting and will give our fantastic titles a modern state-of-the-art newsroom.”