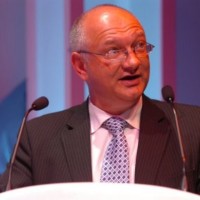 A city newspaper has launched a search for a new editor as the seat’s current holder prepares to move to a new role after 14 years.

JPIMedia is seeking a new editor for one of its “largest-selling weekly newspapers,” the Peterborough Telegraph.

The search has been launched with current Telegraph editor Mark Edwards is set to move to a new role within the group, HTFP understands.

The title of Mark’s new position has not yet been revealed and JPIMedia has declined to comment further at this stage.

It is understood Mark will remain as editor of the Telegraph, supporting the paper’s staff until his replacement starts.

The job is currently being advertised on HTFP and can be viewed here.

Mark, pictured, has edited the Telegraph since 2007, overseeing its switch from a daily to a weekly title in 2012.

He previously served as editor of the Northampton Chronicle & Echo between 1996 and 2007.