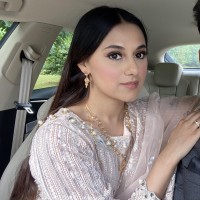 A city news website’s new race and diversity editor has gone public on the abuse she has faced in the wake of the Yorkshire County Cricket Club controversy, revealing she too was subjected to a racist slur.

Unzela Khan, who took up the role with MyLondon last month, has hit out after relaying her own experience of being called a “p***” in school.

It comes after Yorkshire faced widespread criticism over their handling of an investigation into alleged racism against former player Azeem Rafiq, with a report finding use of the P-word against him by another player was “banter”.

Ex-England batsman Gary Ballance has admitted using the slur against his old teammate Mr Rafiq, although he claims he did so in a situation where “best friends said offensive things to each other”.  Yorkshire’s chairman, Roger Hutton, has since resigned over the row.

Appearing on radio station LBC to discuss her own experience of being racially abused, Unzela, pictured, told presenter Eddie Mair: “Throughout school it was like ‘oh, there’s my ‘p’ friend’ or just banter like that, and it has been from white people who sometimes do not understand or don’t wish to understand and just shrug it off as banter.”

She went on to relay how the phrase “p***-bashing” was used in the 1970s and 1980s to show South Asian immigrants to the UK were “easier to attack”.

Unzela added: “We are in 2021 and for it to be deemed as banter is shocking because how much more can we say?

“They’ve live through all the kind of racist attacks of the 1970s and 80s, and 50 years on, or however long it’s been, we’re still in the same place because nothing’s been done about it.”

Going on to address people who defend use of the slur as a shortened version of “Pakistani”, Unzela said: “I’ve seen online everyone defending it like that.

“But it’s not the same because the word has weight to it, it has a history to it.”

Unzela’s comments come after a report by the Home Office and the Department for Digital, Culture, Media & Sport into the abuse of journalists earlier this week found a third of respondents from ethnic minority backgrounds reported experiencing racism.

Speaking to HTFP, Unzela said: “I am amazed at how many people have defended the word as banter, especially white British people who are one of the biggest reasons of why the word exists with its negative connotations in the first place.”

Both Mr Rafiq and Yorkshire CCC officials are set to be quizzed by MPs on the House of Commons Digital, Culture, Media and Sport Select Committee later this month.