Business editor retires after almost half a century in regional press 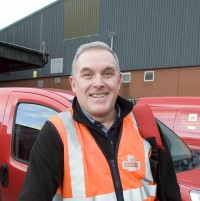 A business editor has retired from the regional press after almost half a century in the industry.

David Nowell has said farewell to the Lancashire Post after a career in which he covered major stories including the Lockerbie disaster.

David, pictured, began his career aged 16 as a trainee on the Chorley Guardian.

He then went on to work on Blackpool daily The Gazette, Wolverhampton daily the Express & Star and undertook an initial stint at the Preston-based Post.

A second spell at The Gazette followed, including newsdesk roles, before he briefly left journalism to run a bar in 2002.

David returned to freelancing in 2005 for titles including the Manchester Evening News, before rejoining the Post in his most recent role in 2013.

He worked his last day there on Friday.

David told HTFP: “The time has come after nearly 47 years to step back and relax.

“I need to spend more time with my family and write that novel I have been promising myself for 20 years.”