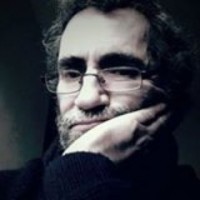 A “brilliant” serving local democracy reporter has died weeks after being diagnosed with lung cancer.

Tributes have been paid to George Makin, who covered Sandwell and Dudley for the Birmingham Live website under the BBC-funded scheme.

George, pictured, revealed in April he had been given a terminal diagnosis just four days after receiving his first coronavirus vaccination.

His death was announced by Birmingham Live and Birmingham Mail editor Graeme Brown who revealed a new award for young local democracy reporters will be presented in George’s memory.

Wrote Graeme: “I’m sad to say our brilliant reporter George Makin has passed away. He was a great journalist and an even better man.

“His work will be immortalised with an award in his name given to talented young LDRs. RIP George – forever in the thoughts of everyone at Birmingham Live.”

He added: “George left a lasting impression on the West Midlands through his journalism – but an even longer impression on everyone he met.

“Professionally, he was determined, dogged and tenacious – but always fair.  But he was more than that – someone always happy to help others and a team-member who always made the working environment better.

“It is a tribute to George that an award will be presented in his name to LDRs of the future – which is a fitting tribute to a brave journalist who proved to be a brave human being to the end.

“He was only with us for a couple of years but nobody at Birmingham Live will ever forget him.”

George, who was 62 at the time of his diagnosis, previously worked as a freelance photographer before turning to journalism in his forties, working at the Walsall Advertiser for 10 years.

After being made redundant from the Advertiser, he spent some time working in public relations before taking on his current job.

George was being treated in a hospice until last week but returned home after being told he had little time left to live.

Despite his illness he was able to attend the England v New Zealand test match at Edgbaston last Friday, tweeting: “I might have cancer but life is good right now.”

Colleagues past and present have paid tribute. Birmingham Live politics & people editor Jane Haynes posted on Twitter: “It was a pleasure to know and work alongside the lovely George Makin, too briefly – going to miss his utter pride and love for his family, his joy in birds, dogs and nature, and his wicked wit. RIP George.”

Alun Thorne, former editor of the Birmingham Post and Coventry Telegraph, added: “Such sad news – worked the Walsall beat with him 20 years ago and was humbled by the stoicism with which he faced his illness over the last few months.”

And Adam Care, local democracy content editor at Reach, said: “Such sad news this week.  I was privileged to have worked with George, a great hack, an integral part of the local democracy reporter team in the West Midlands and a top man.”

Speaking to HTFP in April, George said: “I’m very grateful for the support of my family and loved ones, and the support I’ve had from my colleagues has been humbling.

“I’ve loved journalism and being a journalist for years, and the reason I loved it is the people I worked with. They’ve been terrific.”