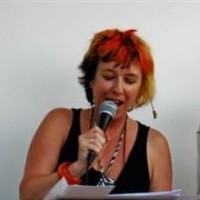 An award-winning weekly newspaper columnist has died aged 59 – just three days after the publication of her seventh novel.

In 2020, Jane was ‘Columnist of the Year’ in the Kent Press & Broadcast Awards and had been named in the finals of this year’s event taking place next month.

As well as her work for the News, she wrote romantic novels and self-help guides such as ‘Wannabe a Writer’.

In an obituary, former Gazette editor Mike Pearce wrote: “Jane was a flamboyant character, her trademark colour-streaked hair often matching the colours on the cover of her latest novel.

“Her bubbly personality ensured she rarely went unnoticed and she relished her many appearances on radio and television. ‘I’m a media tart,’ she would admit.

“And yet behind the extravagant persona was a woman of great sensitivity, with an empathy to listen to and give generous advice to those in need.”

Kathy, editor of the News, added: “Jane was a columnist at The Isle of Thanet News and we are extremely sad at the loss of our colourful, vibrant friend.

“We will remember her not only as a great writer and brilliant people person but as a fun, vivacious and generous lady who gave many people pleasure, laughter and kindness. Sleep tight our friend.”