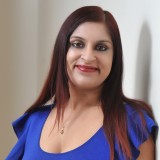 An award-winning former regional daily journalist has taken a new role as Northern reporter with a national newspaper.

Aasma Day has been appointed to the post with the i after leaving HuffPost UK amid a series of cuts last month.

Aasma, pictured, had been North of England correspondent at HuffPost since 2018 when she joined the title after 20 years serving the Lancashire Post.

Her work has previously appeared in the i as part of her work with the Johnston Press investigations team during her time with the Preston-based Post, when both titles were owned by JP.

Posting on Twitter, Aasma said: “Absolutely ecstatic to announce I will be joining the i as Northern reporter next month.

“Delighted to become part of such a trusted news brand which believes in quality journalism with integrity. Love everything they do now and all their aspirations for the future.”