Woman wins thousands owed by ‘cowboy builders’ thanks to daily 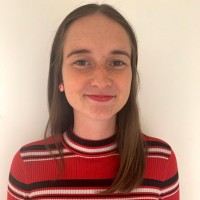 A woman has won a two-year fight for thousands of pounds owed to her by “cowboy builders” thanks to a regional daily.

The Derby Telegraph has helped the woman, who took the builders to court twice over a conservatory they had left unfinished.

The woman, who did not want to be named, turned to Telegraph news and health reporter Anna Whittaker to warn others about the builders, who had folded their previous company to open a new one.

Anna, pictured, then approached the builders for money which in turn led to them transferring the woman the £8,000 she was owed.

Anna told HTFP: “She spent her savings getting the conservatory finished and she instructed a debt collector. She told herself she would never get her money back as the builders went off the radar and folded the company to open a new one.

“She got in touch with us wanting to warn others about these cowboy builders. She said she was depressed and didn’t know where else to turn.

“When I asked the builders for a comment on the story, they denied that they owed the woman money. I asked them for documents to prove their side of the story, which never came.

“Then, a few days later, the lady rang me absolutely over the moon saying the builders offered to pay her the money if she ‘made the story go away.'”

Crying down the phone, the woman told Anna: “You’ve done more in a week than the courts have done in two years.”

Speaking to HTFP, Anna added: “She said it meant she would be able to afford an oven after living without one due to her financial difficulties.

“Obviously, it meant there was no story for us but I felt this was a victory for local news which was worth sharing.

“Journalists are constantly under attack on social media and I feel this is the side of the job which people forget about.

“In the midst of a pandemic and with the current concerns over job losses, journalists across the country are still holding people to account and this is why local news is so important.”