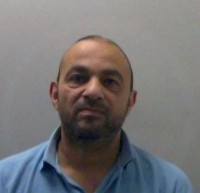 A weekly newspaper has successfully fought for the right to publish a photograph of a double rapist after initially being refused access to his picture.

The Newbury Weekly News published a photo of Richard Sears after successfully arguing the case for publication with Thames Valley Police.

He has since been released, but this month the force successfully applied for a Sexual Harm Prevention Order against the offender, who has more than 40 previous convictions.

The granting of the 10-year order prompted Weekly News chief reporter John Garvey to request a photograph from the police press office.

Former requests had been declined and this, too, was initially refused on the grounds that it did not meet the force’s criteria for releasing custody photographs.

But John persisted, maintaining that the particular circumstances warranted the public being made aware of his appearance, given the risk he reportedly posed plus the fact he had moved house and changed his name.

At that point, TVP accepted his request.

Said John: “We argued that, in this case, the public interest outweighed other considerations and asked them to reconsider.

“The court obviously agreed he was a dangerous predator who represented an ongoing risk. He had changed his name after repeatedly flouting court orders designed to protect unsuspecting women and girls.

“To their immense credit, they didn’t reject our arguments out of hand but reconsidered and provided a photograph.

“They have a whole county to cover and, in this case, they obviously had a balancing act to perform but it’s nice to know that Thames Valley Police press office was flexible enough to give consideration to our case and to come down on our side on this occasion.”

Reading magistrates were told Sears, who had changed his name from Nicholas Laloo, remained a “very high risk” to women and to girls in particular, having broken previous court orders – on one occasion by befriending a mother and contriving to be alone with her daughters.

Tori Adams, representing Sears, said the stringent terms of the currently proposed order would impact his job prospects and ability to interact with young family members.

She pointed out the “qualifying offences” – the rapes – happened many years ago and had been committed against adult victims, not children.

But District Judge Polly Gledhil said there had been court order breaches involving children and pointed to reports which described him as at “very high risk of committing sexual offences towards teenaged girls”.