Weekly to leave ‘dated’ HQ of 30 years for new office

A weekly newspaper is set to move out of its “dated” home of 30 years to a new office.

The Hereford Times has announced it will leave its present base at Holmer Road, Hereford, for a “bright new home” at Skylon Park, Rotherwas, which is around four miles away.

The Times has been based at Holmer Road, pictured below, since 1990.

Announcing the move, editor John Wilson said Skylon Park was “booming, and is attracting dozens of go-ahead digital businesses like ours”. 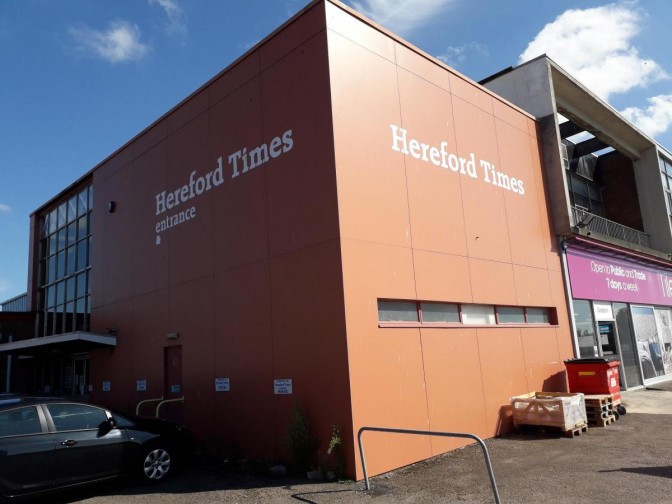 John wrote: “We will continue, there, serving as the county’s biggest print and online newsroom, as well as growing our highly effective marketing services under our burgeoning LOCALiQ brand.

“The Hereford Times is enjoying strong growth online. Average monthly page impressions (the number of times a web page is delivered and seen by a user) increased by 24pc in 2019 to 2.73 million.

“The move to Rotherwas, which will happen in the early part of this year, is a declaration of publisher Newsquest Media Group’s continuing commitment to producing the Hereford Times in Herefordshire.

“The team here are all excited about moving to their new office, which offers the modern environment more suitable to the paper’s requirements than our present dated accommodation.”

The new office will be the sixth in the history of the Times, which was founded in 1832.