A weekly newspaper has exclusively revealed that further arrests are set to be made as a result of its investigation into child sex abuse.

The Impartial Reporter has revealed more alleged abusers are set to be questioned by detectives following its 10-month-long probe into an alleged historic paedophile ring in County Fermanagh.

Allegations have been made about more than 70 people dating back many decades, and the Police Service of Northern Ireland made its first arrests over the issue last month after dozens of alleged victims came forward to the Reporter last year.

The Reporter splashed on the exclusive that further police action was set to follow yesterday. 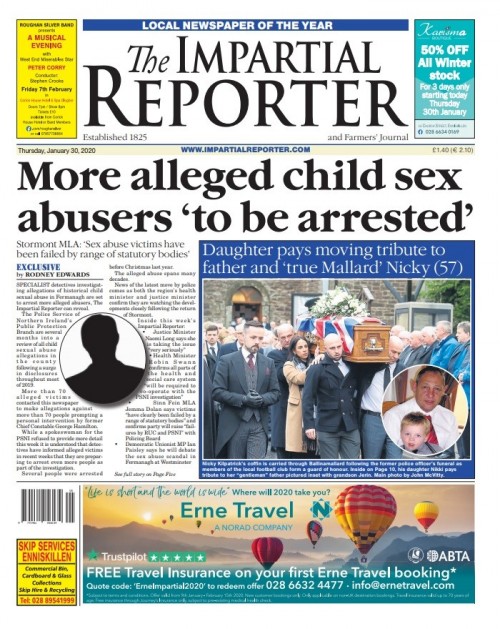 “This will come as welcome news to the very many alleged victims who have been contacting us since last year, now more than 70.

“It is also worth noting that now that Stormont has returned this scandal is finally being taken seriously by those in authority – perhaps for the first time.”