A weekly newspaper has revealed a planned expansion of its sales operation after moving into an office block also inhabited by a rival daily.

Hartlepool Life was launched in 2017 by three former Hartlepool Mail staffers as a “positive news” alternative to their former employer, but both titles are now being produced from the same building.

The independent group has just published its 300th newspaper, having expanded to launch the East Durham Life and Stockton & Billingham Life in the past two years.

Its staff have moved into Advanced House, in Wesley Square, the building to which Mail staff returned last year after four years away.

He said: “We are very ambitious, but our fourth year is a year of consolidation, though we do have a surprise up our sleeves in 2020.” 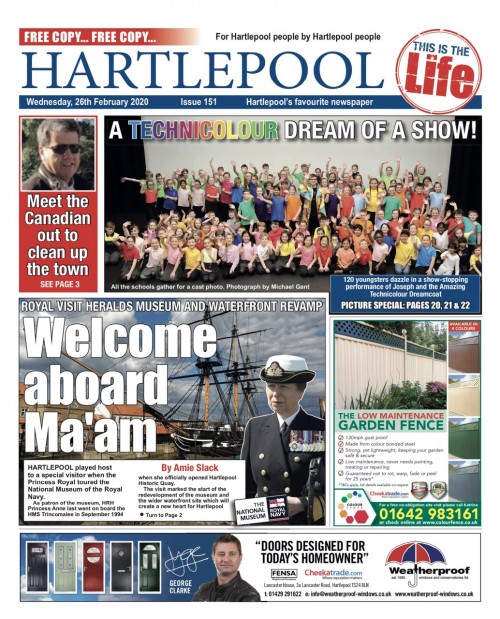 The group, which moved into Advanced House before Christmas, prints 35,000 weekly free newspapers which are distributed to more than 400 pick-up points.

It employs 13 journalists sales and administration staff, as well as receiving content from up to 10 freelance contributors every week.

Dirk added: “Many of our team work flexible hours and part-time to fit in with childcare or looking after elderly parents. We are full of admiration that our sales team in particular and our young editorial staff have absolutely knocked it out of the park to help launch and establish three new newspaper titles with a niche USP in just three years.

“It has been the scariest and hardest project that the directors have ever been involved in, but we have proved that local newspapers are not dead and that there is still a huge demand for local print-based news. Our advertisers love that their products and services are not up against stabbings, drug raids and political negativity.

Our particular focus on good positive things happening in communities has been a real winner – both for our advertisers and our many tens of thousands of readers of each newspaper, a real ray of sunshine in their lives every week after ten years of austerity.”