A weekly newspaper has demanded better bus services for its patch after being inundated with complaints from readers.

The Rotherham Advertiser has launched the ‘Better Buses’ campaign after hearing from people fed up of buses not turning up, being cancelled, arriving late and breaking down.

The Advertiser is demanding that buses turn up on time, cancellations or no shows be significantly reduced and vehicles are made safe to travel on and clean.

The newspaper is working with Rotherham’s Labour MP Sarah Champion on the campaign. 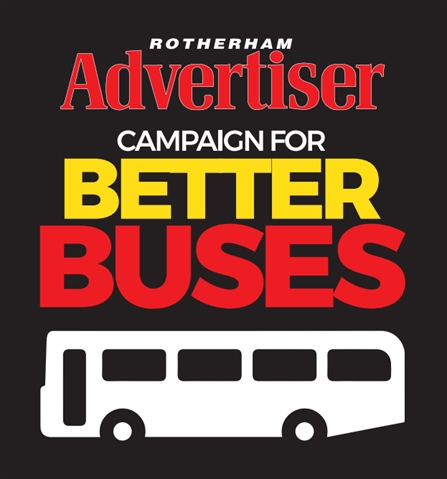 Editor Andrew Mosley said: “All people are asking for is a service that represents value for money, and that includes the basics of buses turning up in the first place and, when they do, on time.

“People want clean buses, they want to feel safe and they genuinely want to use public transport to get around, but if it’s not viable they won’t.

“The Better Buses campaign aims to put pressure on bus companies to provide a service that enables Rotherham people to get to where they want to be and do that on time and safely. It’s that simple.”

The Advertiser and Ms Champion have launched a survey for bus users to fill out as part of the campaign.

Ms Champion said: “I’m really disappointed by the problems affecting Rotherham’s bus service, and they seem to be getting worse.

“Rotherham needs buses that are on time, frequent and offer value for money.

“I’ve launched this survey with the Rotherham Advertiser as we both keep hearing the same issues again and again.