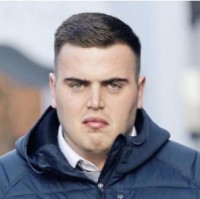 A convicted sex offender who disputed the source of a quote in a story about him has had his complaint rejected by the press watchdog.

Kieran Goodwin went to the Independent Press Standards Organisation after claiming the Powys County Times had incorrectly attributed a quote to the “a spokesperson from the Probation Service”.

The quote appeared in a story which reported Goodwin, pictured, had been sent back to jail for breaching his licence conditions.

But, complaining under Clause 1 (Accuracy) of the Editors’ Code of Practice, he said Dyfed Powys Probation Service had confirmed to him that they did not release this information and they did not have a spokesperson.

Denying a breach of Code, the County Times stated it contacted the Ministry of Justice’s press office to confirm the accuracy of a third party’s report that Goodwin had been recalled to prison.

The newspaper provided the Ministry of Justice’s email it had relied on, which contained the full quote reported and prefaced it with the words “A Probation Service spokeswoman said:”.

IPSO found The Ministry of Justice is the government department with ultimate responsibility for the Probation Service and it was therefore appropriate for the County Times to approach this body to confirm the details of Goodwin’s recall to prison.

The fact the statement had been given by the Probation Service at a national, rather than local level, did not affect the accuracy of the story in the way that the complainant had suggested.