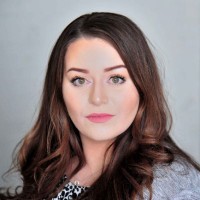 A trainee reporter says she is unable to recall a day when she hasn’t been “publicly humiliated” by online commenters during her six months in the job.

Worcester News journalist Jemma Bufton has hit out at the “absolute savages” who abuse her and her colleagues on a daily basis with “spiteful and personal” comments.

Jemma, pictured, joined the News in December 2019 and said she accepted the abuse was “part of the job” in her regular Fairpoint column for the newspaper.

The 23-year-old’s comments come after HTFP reported last month how Nottingham Post editor Natalie Fahy had spoken out against recent death threats – and even claims of having sex with celebrities – which were aimed at her journalists.

In her column, Jemma wrote: “As a Worcester News reader before becoming a Worcester News writer I knew there were many online comments which slated the paper, the writers or those who were featured in stories.

“What I didn’t realise is just how relentless it is, so much so, myself and my colleagues agree our view of people has been considerably changed.

“Although we like to believe everyone is inherently good, it does seem that all it takes is the tiniest bit of anonymity and some people turn into absolute savages.

“In my short time working for the newspaper I cannot remember a day when I wasn’t publicly humiliated. It is not criticism.

“We can all take criticism, we put our work out there to be judged and we expect people to judge it, to question it, to nitpick. It is part of the job.

“What gets me is how spiteful and personal it can become. Somehow when I am sat at my keyboard and others are sat at theirs – communicating via a comments section – simple decency seems lacking.”

Jemma went on to note how people featured in the News were also subjected to similar abuse.

She added: “Why do fully some grown adults need to be warned or told off for being abusive bullies – this isn’t high school. They should know better!

“Of course, this isn’t everyone. We do occasionally get positive, supportive comments. A brave few even stick up for us when we are being attacked unfairly for doing our job.

“To those people – we applaud you, you have no idea how much your kind words mean to us.

“We will never get rid of our comment section because it allows us to connect with you – and the abuse, well unfortunately I’m not sure we will ever get rid of that either.”

Speaking to HTFP, Jemma said: “We use the comments to get follow-ups, receive feedback and to judge which stories work for our readership – but those kind of comments are becoming more and more overshadowed by vitriol spewing trolls who seem to have nothing better to do than tear down others hard work.

“We in the newsroom are told to ignore it and we do, it is part of the job after all. My Fairpoint article actually came after a single mum and keyworker was called a scrounger, a dog, and animal and a skank, for doing nothing other than call out a local takeaway for serving raw food.

“But, I saw it as an opportunity to try and educate people on the fact that their comments affect human beings – and they hurt.”

Gemma went on to discuss the reaction the column had received.

She added:  “As to be expected, I got a fair amount of ‘suck it up’ and ‘if you did your job properly you wouldn’t be so harshly criticised’ etc.

“Pleasing everybody in this industry is impossible – I come to work, I choose stories that I think are in the public interest, I put my all into every single one of them, and I hang on to the few people who support us and our work.

“I feel sorry for the people hiding behind anonymous usernames who have nothing better to do than berate a 23-year-old trainee journalist who has been in the industry for six months, and received the award for most page views for five consecutive months, their lives must be pretty sad.”