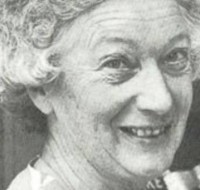 A trailblazing female regional daily journalist who served as its women’s editor for 20 years has died aged 99.

Tributes have been paid to Betty Rainsford, who served in the post at the Belfast Telegraph for two decades.

Betty, nee Lowry, worked as a reporter on the Bel Tel from 1956, having been told at interview by then-editor Jack Sayers that she “would have to do all kinds of reporting, but you’ll not be sent to the courts or any all-male gatherings”.

He added: “It was a privilege to know her and have her as a friend and colleague.”

She died on Christmas Eve at the Bangor Fold sheltered housing facility where she’d lived for a number of years.