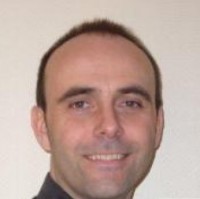 Three more regional newspapers have been barred from covering their local football teams after one of the UK’s biggest clubs refused them access.

Dundee daily The Courier, the Perthshire Advertiser and the Kilmarnock Standard have all been denied press passes to attend Celtic FC matches in the past 10 days.

The Standard was barred from entering the Glasgow-based club’s Celtic Park stadium for Kilmarnock FC’s visit on Sunday.

And the previous weekend The Courier and the Advertiser were refused access to the same ground for the visit of Perth-based club St Johnstone.

Journalists and Celtic supporters alike have criticised the club’s approach to the regional press, which comes after HTFP reported last week how clubs in England had been accused of putting jobs in the industry at risk following a string of recent access rows.

Lochlin Highet, sports editor at the Standard, revealed on Saturday he had been denied a press pass for the following day’s match.

Posting on Twitter, Lochlin wrote: “There should never, ever be a situation where fans have no way of watching their team in a Scottish Premiership match.

“Very poor stuff from everyone involved. Football is about the fans.”

Celtic are currently second in the Scottish Premiership and are in pursuit of their 10th league title in a row.

Courier sports writer Eric Nicolson, pictured, told HTFP Celtic had been the only club to deny a press pass to the newspaper since football had re-started in Scotland after the outbreak of coronavirus.

He said: “It was particularly frustrating on this occasion because it was a Sunday afternoon match, which wasn’t televised, and we are a daily newspaper.

“Also, St Johnstone were attempting to make a bit of club history by extending an unbeaten run to 11 matches (which they did). Not only were we knocked back for accreditation for the game itself, Celtic didn’t provide a link to watch their live stream.

“It was the same for my colleague at the Perthshire Advertiser, meaning there was no ‘away’ media representation at Parkhead that afternoon and no official way of watching the match.

“We have a very good relationship with St Johnstone, who were as helpful as they could be to give us access to the manager and a player after the game, but the way in which we would normally cover a match was undoubtedly compromised.”

The policy has also been criticised by Celtic fan and journalist Euan Davidson of 67 Hail Hail, a website which covers news about the club.

In a piece on the row, he wrote: “At this point, we can only offer our solidarity and support to colleagues in the Scottish football media.

“While we’re fan-led and fan-run, we completely understand the vital role that regional press plays. It’s an absolute nonsense that both the Courier and the Kilmarnock Standard have been denied entry.

“With Killie fans now unable to either see the game or get a report from a trained journalist at the stadium, we couldn’t blame them for being angry at Celtic right now.  Truth is, we’re right there with you.”

In November Chris Phillips, chief sports reporter at Essex daily The Echo, was refused access to Boreham Wood for their FA Cup tie against Southend United after match reports were deemed “non-essential” by the home club.

And last week Tom Scargill, who covers Halifax Town for the Halifax Courier, and Leigh Curtis, who reports on Notts County for the Nottingham Post, both hit out after facing access issues at away matches in the previous week.

Tom called for new regulations guaranteeing the right of admission for local sports reporters to all games and warned clubs they are in danger of putting regional press jobs at risk because of the reduced amount of coverage journalists can give as a result of them being barred from stadiums.