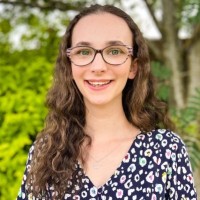 Journalism students who have “set the standard” on their courses have become the inaugural winners of an award launched by the National Union of Journalists.

HTFP reported last month how the Solent branch of the NUJ had established the Bob Norris Award for Achievement, which will be given annually to three students across the South of England – one at the University of Portsmouth, one at Southampton’s Solent University and one at Portsmouth’s Highbury College.

The honour aims to recognise students who may not necessarily be the top performers in their year group, but who have achieved notable performance during their time at their place of study.

His widow Pauline Norris, a former journalist and chair of the NUJ Solent branch, said: “All of the winners have been extremely worthy of their awards.

“They have set the standard for what we hope is now an annual awards scheme that recognises some of the best young talent in journalism across the Solent region.

“Bob encouraged hundreds of students across the UK to achieve to the highest standards and to the best of their ability, so I am certain he would have been so very pleased and proud to be linked to this NUJ Solent branch achievement award.”

Twenty-three-year-old Gemma, pictured, said: “It feels wonderful. I’m so passionate about my journalism and it is amazing to be recognised for my efforts and achievements this year.

“The course has been challenging and there have been many tears and triumphs but it feels incredible to be acknowledged for my hard work.”

James, 20, added: “I believe that in order to succeed in journalism, you just need to be passionate and confident about what you’re writing. I also think it’s really important to push yourself to get your work out there and published.

“This has encouraged me to expand my portfolio and to meet new people in the industry.”

And Jordan, 25, said: “I’m still trying to take it in. Part of my disability is that I am non verbal, which goes without saying I was speechless in more ways than one.

“Not even my disability will hold me back from achieving my goal. I hope this award is the first of many to come in the future.”