A student has vowed to “create history” in his war-torn homeland after becoming what is believed to be the first Afghan to study sports journalism in the UK.

Mustapha Ismail believes he has achieved the accolade after enrolling at the University of Lincoln.

The 19-year-old lost his mum, who died during child-birth, and spent the first couple of years of his life living in Afghanistan before being brought to live in London with his grandmother and uncles.

Mustapha, pictured, was inspired to become a sports journalist after watching his native land play in the 2015 Cricket World Cup. 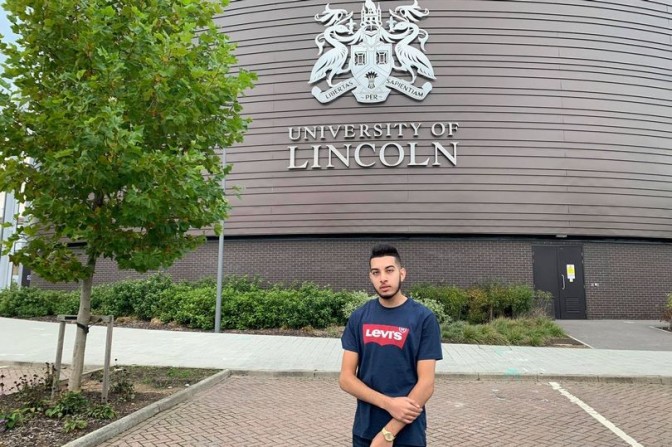 Speaking to the Lincolnshire Echo, he said: “Despite the struggles it had been through this was a war-torn country playing in the World Cup for the very first time. That made me proud.

“That inspired me to be a sports journalist.”

Mustapha now hopes to follow in the footsteps of his journalist uncles, who work in the BBC Afghan news service.

He added: “I feel really proud of myself. I have come a long way with no parents around.

“I grew up with my grandmother and my uncles. I want to create history for my own country.

“I want to know inspire the next young Afghan generation in the sport journalism field.

“I want them to look at me as a role model – someone who has set a good example for us Afghans.”