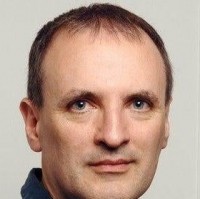 A sports journalist who helped to launch a newspaper has died of Alzheimer’s disease aged 62.

Tributes have been paid to Kevin McCarra, who was a founding journalist on Scotland on Sunday in 1988 and “was key member of staff in the paper’s formative years”.

Kevin wrote about Scottish football for the Edinburgh-based weekly before moving in 1995 to work for the Sunday Times and The Times.

He later became football correspondent at The Guardian between 2002 and 2012.

Stuart Bathgate, who worked with him on the SoS sports desk, told The Scotsman: “He was well respected and very well liked. In a bitchy industry he was an angelic presence. He was studious and serious but with a sense of humour and a popular touch.

“He never tried too hard to entertain with his writing but his knowledge and ability to express it shone through. He was the master of the telling phrase stated simply.

“He lived quietly and was happiest with his wife Susan and reading books.”

Mark Atkinson, the current specialist football editor at Scotsman Publications, added: “Kevin McCarra was one of my go-to sports journalists when growing up and starting off in this industry. He wrote with authority, clarity and elegance and you could tell he had a deep affinity for football.

“The number of glowing tributes paid to him by former colleagues show just how high a regard he is held in, not just as a writer but as a person.

“Everyone at Scotsman Publications offers their condolences to his family and loved ones at this time.”

Kevin died on Saturday and is survived by Susan, as well as his brother John.