Sports journalist airlifted to hospital after being hit by car

A sports journalist had to be airlifted to hospital after being hit by a car while walking.

The Derry Journal’s Kevin McLaughlin, pictured, is recovering in hospital after being struck near a service station in the village of Eglinton, near the city.

According to the Irish News, Kevin is being treated for back injuries.

As well as his work with the Journal covering Derry City FC and Institute FC, he is known for taking part in sports programmes with the city’s Drive 105 community radio station. 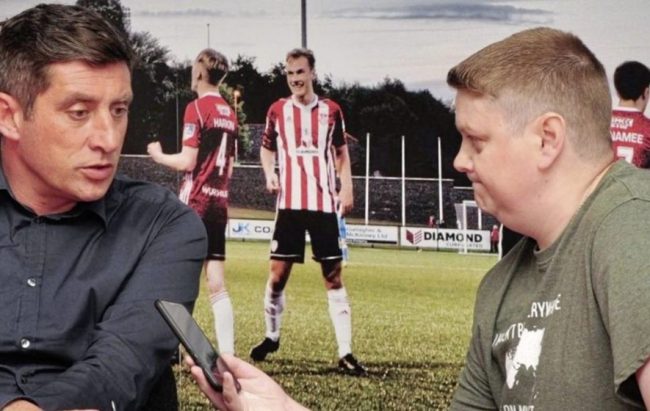 Richard Moore, from Drive 105, told the News everyone there was “sending their best wishes for his recovery”.

He said: “Kevy is very much part of our Match Night Live team where his incredible knowledge of sport is always well received.

“Everyone at Drive 105 wishes him a speedy recovery and a speedy return to sport.”

Derry City has also sent its best wishes to Kevin on Sunday.

In a statement published on Twitter, City said: “The club would like to send best wishes for a speedy recovery to our friend and colleague Kevin McLaughli who is being treated in hospital following a traffic accident earlier today.”