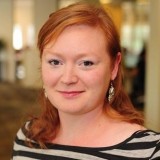 A senior editor is leaving a newspaper publisher after 20 years while a neighbouring colleague has been promoted to a new regional role.

She becomes the sixth UK editor to leave the company since it revealed plans to cut more than 300 editorial and circulation roles as part of a nationwide shake-up of its operations.

Mike Norton, Bristol Post editor and regional editor-in-chief, is among the others whose departure has been announced.

HTFP has asked Reach for clarification on who will be responsible for editing the Post.

Emma said: “I’m thrilled to have been appointed to lead the team in Bristol, Gloucestershire and Somerset – the region where I’ve been based for the last 13 years.

“We have a vast number of hugely talented people who I shall enjoy getting to know better over the next few months.

“I’ve no doubt we’ve got challenges ahead but I feel confident we will meet them head on and continue to grow our audiences by creating compelling content.”

Rachael started as a trainee reporter in Gloucestershire in 2000 and has since worked at the Bath Chronicle, Western Daily Press and Bristol Post before taking on her most recent roles.

She said: “It has been an honour to work as a journalist for 20 years. I have loved every role I’ve been lucky enough to have, from crime reporter to newspaper editor.

“More importantly, I am blessed to have made many lifelong friends in the communities I have served and the reporters, sub-editors, editors and commercial teams I have worked alongside.

“Newsrooms are home to mildly dysfunctional families of creative geniuses – those people are the reason for every single moment of my success.”