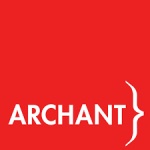 An estimated 150 journalists across the UK local press industry are now on paid leave after Archant became the latest publisher to confirm it is joining the government’s coronavirus job retention scheme.

The newspaper group has revealed plans to furlough what is says is a “small number” of staff for an initial period of four weeks, starting on Monday.

Around 60 JPIMedia journalists have been furloughed along with 30 from Iliffe Media and 40 from PA.

Newsquest has previously said a “significant number” have been placed on the job retention scheme, estimated to be in the region of 50 editorial staff, although a spokesman said the company does not comment on “confidential business information”.

The MNA, publisher of the Express & Star and Shropshire Star, has announced a voluntary furlough scheme for its staff.

Archant announced the measure in an email from chief people and transformation officer Dee Willmott, in which she explained the company had identified a “small number of staff” whose work had “disappeared or been radically reduced” due to coronavirus.

The company says no-one will be paid less than the equivalent of £18,000 gross salary per year if they are placed on leave.

The government scheme offers 80pc of wages up to a maximum of £25,000 but Archant has told staff it pay the difference for those earning over this amount.

HTFP has asked Archant for more detailed information over the numbers to be furloughed but the company has yet to respond.

Dee said in the announcement, which has been seen by HTFP, that putting further staff on furlough leave could not be “ruled out” – although the majority of staff will be required to keep the business going.

“Schemes such as this are operating in many countries as businesses globally look to weather the storm brought about by coronavirus,” she said.

“As we have said several times, revenues have been affected across our business but there are lots of extremely positive stories that come through each and every day – and in yesterday’s survey, many hundreds of you talked about the amazing community spirit that has developed at Archant over the past few weeks.

“It’s vital everyone does all they can to keep up this momentum.”