A regional interest magazine originally launched by a disabled journalist has marked a quarter of a century in business.

Her Majesty The Queen has been among those to congratulate Down Your Way, which focuses on Yorkshire nostalgia.

Down Your Way was launched by Averil Thornton, who was disabled and needed a means of making money from home, in 1995.

Originally it was a lifestyle magazine, incorporating a York Diocese publication, but the main focus later moved to ‘Yorkhire memories.’ 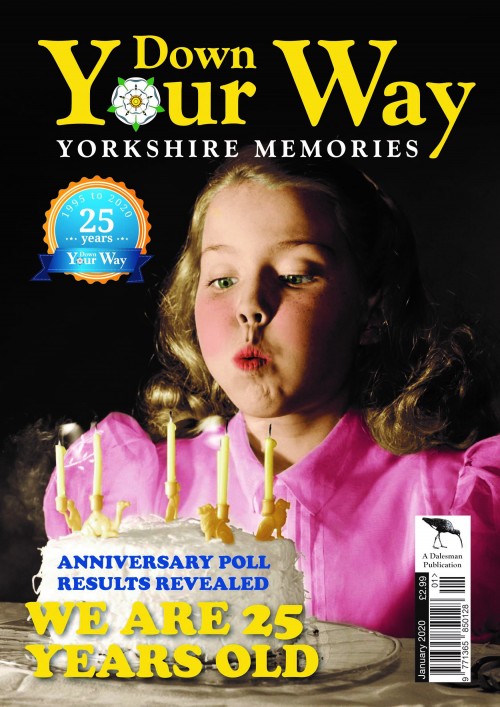 It became part of the Dalesman stable of magazines in 2005, with Averil staying as editor until 2011. She died last year at the age of 73.

Current editor Lindsey Moore said: “It is an absolute privilege editing Down Your Way and sharing the memories of our family of readers. It is social history at its best.”

The magazine has twice been named Community Publication of the Year at the O2 Media Awards for Yorkshire and the Humber.

In response to a letter from Down Your Way, Buckingham Palace’s loyal greetings officer Miranda Hansen Lise said Her Majesty was interested to learn of the magazine’s aims and content celebrating the people and places of Yorkshire.

The letter added: “The Queen sends her best wishes to the magazine’s readers in the United Kingdom and around the world, its contributors, those responsible for its publication and for its continued success.”

To acknowledge the magazine’s silver jubilee, a poll was launched to find the greatest Yorkshire personality of the twentieth century.

It was won by York-born Dame Judi Dench, with Leeds-born Alan Bennett as runner-up and Sheffield-born Sir Michael Palin in third spot.

And, in the February issue of Down Your Way, celebrities reveal who gets their vote, with contributors including Sir Michael Parkinson, Alan Ayckbourn, Alan Titchmarsh, John Craven, Peter Wright, Christopher Timothy, and Barbara Taylor Bradford.