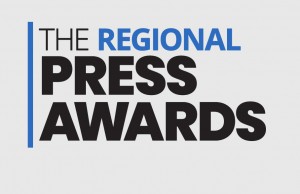 The presentation of this year’s Regional Press Awards, due to take place in early June, has been postponed due to the on-going coronavirus emergency, the organisers have announced.

The ceremony, scheduled to be held at the IET building in central London on June 5, will now take place later in the year at a date to be confirmed, expected to be in the autumn.

However online judging for the event, which had been due to start this week, is continuing as normal after a near-record entry.

Ian Murray, executive director of the Society of Editors which organises the awards said the postponement was the sensible decision to make at this time.

He said: “Although the awards lunch was not scheduled to take place for a couple of months, it is unlikely the current restrictions set in place due to the Covid-19 virus will be fully lifted by then.

“Certainly we could not expect regional papers and their staff to book tables for the lunch during the current uncertain times.

“The awards will take place later in the year as the Society is determined to ensure that the fantastic work undertaken by journalists working in the UK regional press does not go unrecognised.”

A shortlist of those nominated for the awards will be published as normal in the spring when the SoE hopes to be able to announce further details of the rescheduled awards event.

Meanwhile the Scottish Press Awards, which were due to take place next month, have also been put off to a later date.

The event had been due to be held on 23 April at the Doubletree by Hilton Hotel  in Glasgow and the shortlist was only published six days ago.

Scottish Newspaper Society director John McLellan said: “It is with great regret that we have had to postpone the 41st Scottish Press Awards and hope to stage the event at the Doubletree by Hilton Hotel  in Glasgow later this year.

“We are extremely grateful for the understanding of our sponsors and the editors in coming to the decision, but events obviously well beyond our control meant staging the event on April 23 as planned was impossible.

“Final stage judging was to have taken place this week but with enormous pressures on newsrooms and our sponsors’ businesses that too has had to be postponed.

“We would like to thank everyone who has entered this year and hope to be able to reveal the winners before too much longer.”