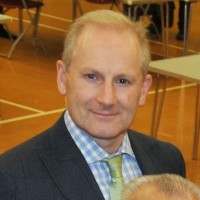 Regional journalists have won an apology from coronavirus response bosses after coverage of a council chief’s interview was dubbed “media flim-flam”.

Lancashire Resilience Forum, which coordinates the county’s response to the pandemic, has said sorry after publicly criticising the reporting of comments made by Preston City Council chief executive Adrian Phillips, pictured.

The comments were reported by a number of local and national news outlets, but prompted a backlash from the forum, includes representatives from authorities including the emergency services, local councils, health agencies and other organisations.

In reference to the “don’t kill granny” quote, the forum posted on its official Twitter account: “This is media flim-flam – it’s not our slogan and we never said it was.”

Nicola, who also edits a number of JPIMedia weeklies in Lancashire, said in response: “Blame the media. Yawn. This was a quote from the chief executive of Preston City Council not ‘media film flam’ as is so Trumpishly claimed.”

She added: “We certainly never said it was a slogan.”

He said: “A good lesson here that if you’re going to go in for a hit like this then you need to be specific.

“Local coverage has been measured and well updated in what’s been a challenging situation.”

As a result of the criticism, the forum later posted a clarification in which it praised the coverage of titles including the Lancashire Telegraph, Lancashire Post and Lancashire Live.

In a statement, the organisation said: “Trusted local media are amongst the best places to find the most up-to-date and relevant information about coronavirus in Lancashire.

“Some weren’t best pleased about an earlier tweet where we clarified there isn’t a “don’t kill granny” campaign.

“We didn’t intend to attack our local media colleagues and we’re sorry if it came across like that. We’ll stress again that they’re doing a great job for Lancashire.”