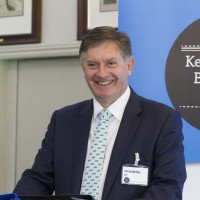 A ‘golden pen’ prize is set to be presented for the first time at an annual awards scheme for regional journalists.

Kent Press & Broadcast Awards has announced the new honour after opening entries for this year’s scheme.

The ‘golden pen’ will be presented for the judges’ favourite story from among the entries to the other 15 categories open to journalists working in Kent.

The deadline for submissions is 5pm on Thursday 9 April.

Rachel Knight, from awards organiser Maxim PR, said: “As well as the 15 categories covering print, broadcast, digital, social media and design, this year the judges will pick their favourite story and award the author the ‘golden pen’ award.

“They often find there’s a few entries that aren’t necessarily at the top of their category but are brilliant in other ways – and this will allow those stories to be recognised.

“We have also split the feature category – which is always the most popular in terms of the number of entries received – into print and broadcast, making it easier to judge. There should be a category for everyone, however large or small you are in terms of readers, listeners, viewers or indeed budget.

“We still have a few sponsorship opportunities left so if you are interested in supporting the county’s media and taking advantage of this unique opportunity to network with many of Kent’s journalists and senior editors, please get in touch.

“KPBA wouldn’t exist without the support of our sponsors so we’re extremely grateful that many return year after year.”

The awards ceremony will be held at Kent County Cricket Club’s Canterbury home on Friday 10 July, and will be hosted for the second time by BBC News presenter Simon McCoy.

Simon, pictured, said: “It’s something of a shock to be asked to present this year’s awards – because I’ve done it before and it means they’re asking me back.

“Starting as I did in regional journalism – print and TV – I know how important the future of local journalism is. We are constantly told of the imminent demise of local newspapers and local TV news.

“I have heard it many times before. And always this kind of journalism goes from strength to strength. It is valued by the readers and viewers. And, most importantly, it is trusted.

“It is a great pleasure to be able – once again – to take part in a ceremony which rewards those at the top of their profession. I look forward to it.”