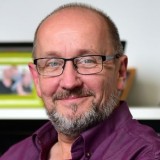 Regional journalists have been treated as “subhuman” by some readers during the coronavirus crisis, an editor has said.

Alastair Machray, pictured, has hit out at “naysayers and Covid-19 deniers” who have abused Liverpool Echo staff during the pandemic – saying they have treated reporters “like punchbags”.

His comments come after Echo political editor Liam Thorp last month described the abuse of regional press colleagues as “out of control”.

Alastair, whose departure from the industry after 25 years as an editor – 15 of them with the Echo – was announced earlier this year, spoke out in an interview with the Reuters Institute for the Study of Journalism, which examined how the local news industry has fared across the world during the crisis.

He told the Institute: “The naysayers, the Covid-19 deniers, are extremely aggressive online and phrases like ‘scaremongering’ were trotted out hundreds of times a day.

“And it got very nasty, you know, people regard journalists as like punch bags, sort of subhuman.”

Alastair’s comments were backed up by Sinead Corr, news editor at the Bishop’s Stortford Independent, and Nottingham Post editor Natalie Fahy, who were both interviewed for the piece.

Sinead said: “There has been hostility, and we get that some people are scared or feeling vulnerable and shooting the messenger is how they deal with that.

“There have been some Covid-19 deniers too who want to rubbish anything we write about the virus.”

Natalie added: “I see the comments on Facebook and people troll me. Maybe it’s just the ones that hate [that] shout the loudest.”

On a more positive note, the piece, by former Index on Censorship editor-in-chief Rachael Jolley, revealed some regional titles had experienced home delivery boosts during the pandemic.

The Institute reported home delivery of the Nottingham Post was around 8pc up on 2019, and 35pc for the Derby Telegraph in the same period.