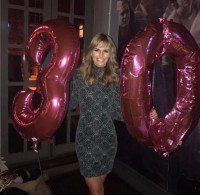 A Radio One presenter has apologised on-air to a regional journalist after sending her a 30th birthday card – four years late.

Hannah’s sister Natalie Bargery contacted Mr James in October 2016 asking him to sign a card for her milestone birthday, but the DJ had only recently opened her letter.

He explained the letter was part of a stack that had fallen behind a crack in the desk and described the situation as “f***ing ridiculous” in his belated card to Hannah, which he published on Instagram.

The Guardian reports that since the initial request was sent, Hannah has married former Guardian sports reporter Alex Bysouth, and given birth to Archie, her first child.

Hannah, who turned 34 on Friday, told the Guardian: “It feels very 2020 to receive a birthday card four years late. I had a few messages from people telling me to check Greg James’ Instagram story.

“I saw it around 1am while I was feeding my little boy and woke up thinking it must have been a weird dream.”