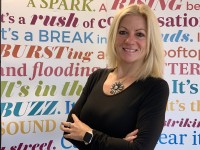 An editorial boss says a newsroom restructure which put digital first has prompted an increase in online subscriptions.

JPIMedia has shared some initial statistics on the introduction of its ‘Digital Acceleration’ programme at five Scottish titles, which went live last month.

JPIMedia says since the initiative was launched The Scotsman has increased the number of users coming back to its site by 57pc, and the EEN by 31pc.

The FFP has increased the number of page views by 51pc and Herald by 19pc over the same period of time.

According to Joy Yates, interim editorial director for JPIMedia in Scotland, the restructure has also brought about an increase in the number of readers paying for content via the titles’ metered paywalls.

Joy, pictured, said: “We have changed everything about how we work – from the way we plan our content to how and when we deliver it.

“What has impressed me the most is the collaboration demonstrated by our teams as we launched an editorial transformation project on a scale we had not previously experienced.

“And the feedback from our users is extremely encouraging – we are seeing increases in page views, subscriptions and loyalty. And there is still more to do.”

A three-strong engagement team was recruited as part of the restructure with a brief of finding new ways of engaging with readers and driving the number of people registering for its news content and subscribing.

JPIMedia says there has been a 30pc increase in the number of online articles created since the changes were introduced, while the printed titles are put together by a dedicated team of print experts.

The company’s editor-in-Chief Jeremy Clifford, who is overseeing the programme with the company’s transformation director Ian Johnston, said: “We are delighted at how smoothly this has gone in Scotland and with the early results.

“This is a massive change in the way we are asking our journalists to work and in a new Scotland-wide structure. We are confident this will help us to grow our business and reach across Scotland.”

HTFP has approached JPIMedia for further statistics regarding the increase in subscriptions.