An independent publisher has made good on its expansion pledge with the launch of a new newspaper.

Its launch comes after the company took a controlling stake in two papers, Newquay Voice and St Austell Voice, earlier this year.

At the time the company revealed plans to launch further weekly titles in the Voice family and expand existing titles with more pages of local news and sport coverage. 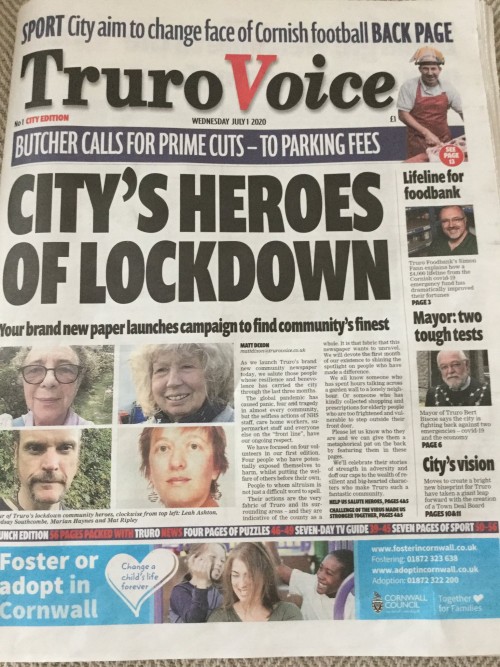 The Truro paper launched a fortnight ago with a cover price of £1.

It splashed on a campaign to find the city’s “heroes of lockdown”.

The front page piece states: “Their actions are the very fabric of Truro and its surrounding areas – and they are indicative of the county as a whole.

“It is that fabric that this newspaper wants to unravel.

“We will devote the first month of our existence to shining the spotlight on people who have made a difference.”