An independent publisher has hailed a “commercial success” after a group-wide initiative to help grandchildren send a message to their grandparents during rhe lockdown.

Iliffe Media has run dozens of pages of messages from grandchildren currently unable to send messages to grandparents who are self-isolating as a result of the pandemic.

Iliffe’s titles across the East of England and Kent have all taken part in the initiative with the group securing sponsorship for all pages carrying the messages.

Iliffe editorial director Ian Carter told HTFP: “We ran dozens of pages across Iliffe titles and they were really well received by readers.

“There was a huge response; the Bury Free Press alone had more than 130 contributions and some really touching emails thanking us for running it.

“It proved a commercial success too as all the pages were sponsored.” 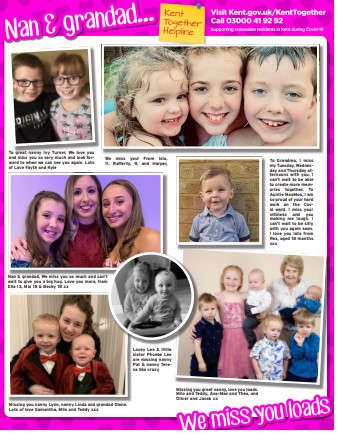 Daily titles The Mail and Carlisle News & Star were joined by the Westmorland Gazette, The Cumberland News, Workington Times and Star, The Whitehaven News and the Hexham Courant over the border in Northumberland in the initiative. 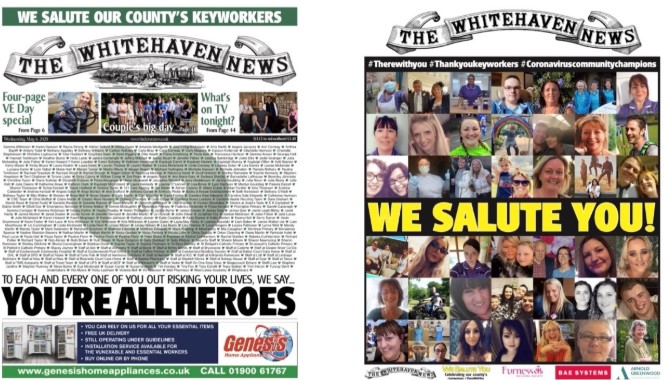 Said Vanessa: “The work that key workers are doing on the frontline is second to none.

“The ‘We salute you’ supplement is our way of enabling our readers to pay a personal thank you to those who have risked so much providing care on the frontline.

“Creating a special souvenir edition felt like the right way to honour the exceptionally brave and selfless key workers in our community.”

Two-thirds of UK media workers have suffered financially because of the pandemic and lockdown, research by the National Union of Journalists has found.

More than 1,200 NUJ members responded to a survey, with 42pc of those still working during the pandemic admitting their pay had been cut.

A quarter of respondents also said they were covering the work of colleagues who had been placed on furlough leave.

A third of those surveyed said social distancing was not always being observed and two-thirds said they were not confident adequate cleaning is taking place in their workplace.