A regional publisher has ceased publication of 14 news titles and incorporated them into other newspapers owned by the company.

JPIMedia has confirmed the move, saying the affected papers are “no longer viable” as standalone products and that no jobs are affected.

The changes have seen the Belper News, Ilkeston Advertiser and Ripley & Heanor News become part of the Derbyshire Times, while the Warwick Courier and Kenilworth Weekly News have been absorbed by the Leamington Courier.

In Sussex, the Hailsham edition of the Eastbourne Herald is scrapped along with the South Downs edition of the West Sussex County Times, while the Shoreham and Lancing Heralds are incorporated into the Worthing Herald. 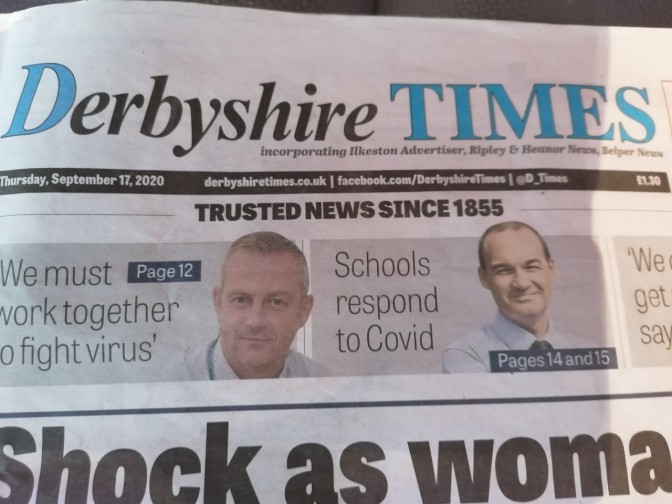 The Brackley & Towcester Advertiser is incorporated into the Bucks & Winslow Advertiser, while the Dunstable Gazette becomes part of the Luton News.

In Yorkshire, the Malton & Pickering Mercury is absorbed by the Scarborough News and the Hemsworth & South Elmsall Express by the Pontefract & Castleford Express.

The Doncaster edition of Sheffield daily The Star has also been scrapped, it is understood.

The majority of affected titles have retained their own distinct web and social media presences.

The changes have been greeted with sadness by Pete Pheasant, who edited the 139-year-old Ilkeston Advertiser for seven years.

Pete told HTFP: “It’s another sad chapter in the decline of the truly local newspaper.

“The new publication has 96 pages and is a reasonable package of Derbyshire news stories and features – but only two of those are about Ilkeston specifically, reflecting the age of the remote publisher who doesn’t really understand what makes a local community like Ilkeston tick.”

A JPIMedia spokesman said: “JPIMedia is committed to maintaining titles in local markets as long as they remain economically viable and will do everything it can to keep them in the market for as long as possible.

“The editions that are closing are unfortunately no longer viable.

“No jobs will be impacted as a result, and the local communities and advertisers will continue to be served via the edition’s main titles.”