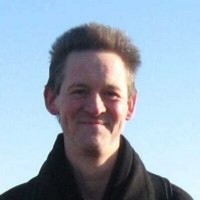 The BBC has challenged the National Union of Journalists to back up claims that local democracy reporters are “replacing” journalists in regional newsrooms due to positions not being backfilled.

The National Union Journalist says a meeting of reporters employed under the BBC-backed scheme has revealed the backfilling of posts in the newsrooms where some of them work is not happening, while claiming host newspapers are also breaching a number of other terms of the project.

The BBC’s head of local news partnerships Matthew Barraclough told HTFP in 2018 that the corporation does not release any funding for the LDR roles until proof of backfill has been provided in newsrooms where existing members of staff perform the LDR duties.

But the NUJ says it has been told by LDRs in some cases that they “were replacing reporters in the newsroom because backfilling of their posts was not happening”.

Under the terms of the scheme, the journalists are funded by the BBC and are allocated to news organisations in England, Scotland, Wales and Northern Ireland.

The BBC says it is continuing to carry out checks to ensure publishers are fulfulling the terms of the agreement.

A spokesperson said: “Every time a Local Democracy Reporter has been employed within a newsroom we have checked the contract of their replacement to make sure the role has been backfilled. No funding is released until this evidence has been produced.

“Ensuring that all LDR roles are additional to the current staff in a newsroom is a key principle of the LNP and is something we are very stringent about.

“If the NUJ has any evidence that this has taken place we will investigate it as a matter of priority.”

According to the union, LDRs have also been put under pressure to get “hits” and meet targets by their host newspaper, which it says is “completely against the spirit of the scheme.”

Other claims made by the NUJ include:

The union says it also intends to make it clear to publisher Reach plc that LDRs should not be compelled to take part in one-to-one meetings the group’s other reporters are scheduled to have with their managers.

NUJ organiser Andy Smith, pictured, said: “There appears to be a huge variation in the way managers understand the scheme.  We can help through the group chapels in providing a collective voice in our discussions with the employers about the role of LDRs and help iron out these problems.”

The BBC is carrying out a review of the scheme, expected to be completed by the end of April, and re-tendering of the existing contracts will take place in “spring or early summer”, according to the union. The NUJ is also currently applying for union recognition on behalf of LDRs.

According to the union, those it spoke to also said they “enjoyed their role and could see the value their work was adding to local journalism”.