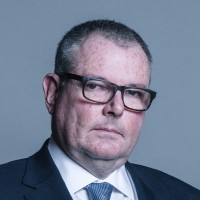 Peers have called for “urgent” funding to help the regional press take on more apprentice journalists after a review found the government’s “failure to act has cost young people and the industry”.

The House of Lords has also called on the BBC to do more to support pluralism in the industry – in particular smaller and local news organisations – after a wide-ranging review into the future of local journalism.

The Lords Communications and Digital Committee has published its findings from the review as the government announces plans to help get a “fair deal” for news publishers from tech giants like Google and Facebook.

Today’s report includes recommendations for such action and also calls for “urgent reform” to the government’s apprenticeship levy on businesses with an annual pay bill over £3m, which is used to fund training for apprentices but was found in a 2019 review by the Committee to have “failed the creative industries”.

Peers found the scheme was “failing young people who would like to work in the media or creative industries” and said alternative funding should be given to the regional press by the government in order to allow the industry to hire more apprentices, should reform of the levy not be forthcoming.

The report said: “We reiterate our call for urgent reform to allow the pooling of funds to create training agencies and to allow a portion of levy funds to be spent on apprentices’ wages or other expenses associated with employing them.

“The government’s failure to act has cost young people and the industry.

“If, despite its professed commitment to apprenticeships, the government still will not reform the levy, it should provide – in parallel – arm’s-length funding for news organisations to take on apprentices, which they could pool to set up a training agency.

“Local news organisations should receive priority for any such funding.”

The report also examined the effect organisation such as the BBC, Google and Facebook have on the industry.

Peers said they had “heard concerns from across the industry that smaller news organisations can be a victim of the BBC’s online success”.

The report urged the corporation to include an aggregator section on the BBC News website and app linking to stories on smaller and local news organisations’ websites.

It also called for more to be done to address the “fundamental imbalance of power between news publishers and platforms” such as Google and Facebook – an issue which the government hopes to address through today’s announcement.

Discussing the report’s findings, Committee chair Lord Gilbert of Panteg, pictured, said: “Journalism is important to a healthy democracy. There’s an opportunity for the government and organisations to come together, step up and support journalism – now and in future.

“Online advertising is crucial to news publishers’ success, but there’s a fundamental imbalance of power between them and platforms such as Facebook and Google whose overwhelming market dominance means they dictate the terms on which they use publishers’ content, including whether and how much they pay for it.

“Publishers need platforms far more than the platforms need them and are disadvantaged by a dysfunctional online advertising market.”