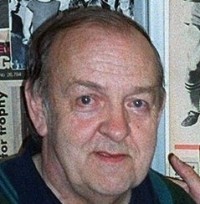 A regional journalist who covered sport for 60 years while also being involved in sports administration has died.

Tributes have been paid to Ron Girvin, who was sports editor with the Wigan Evening Post for 20 years before spending a further 40 years covering sport for the Manchester Evening News.

Ron, pictured, was also heavily involved as an administrator in amateur cricket, football and rugby league during his life.

He was the first secretary of the National Conference League when it was founded in 1984, ahead of the inaugural season in 1985/86.

Ralph Rimmer, the Rugby Football League’s chief executive, told the Post: “Ron made an outstanding contribution to the community game over decades, as was recognised by his addition to the RFL Roll of Honour in 2014.

“On behalf of the RFL and the sport, we send our condolences and sympathy to his family and friends – and our appreciation for his life.”

Ron was born in Widnes in 1938 and began his career Widnes Guardian in 1956 and Warrington Guardian before moving to Wigan.

Trevor Hunt, of BBC Radio Manchester and the RFL Community Board, worked closely with him.

He said: “Firm when he needed to be, but always pragmatic, Ron earned the respect of everyone he worked with in the sporting field as well as in his role as a sports editor on the Wigan Evening Post for 20 years and then the Manchester Evening News, where he covered the professional game for over 40 years.

“He was meticulous in what he did, and having been around so long he had heard all the excuses and was often amused by the new ones that occasional came his way.

“To those who knew him and worked with him, he was a good friend, with sound, solid advice and a rock upon which the amateur game both national and locally has been built.”

Ron is survived by his wife Jean and sons Neil and Ian, who have also been heavily involved in rugby league administration.