A weekly newspaper received an unexpected boost to its Christmas food appeal after almost 20,000 boxes of porridge were delivered to its offices by mistake.

The Newbury Weekly News usually receives 1,900 boxes of the cereal from PepsiCo Ltd each year for its annual Over 80s’ Parcel Fund.

And, to add to complications, the porridge was delivered to the NWN’s Faraday Road headquarters rather than a local Sainsbury’s, due to the paper taking on deliveries for the appeal this year because of the coronavirus pandemic. 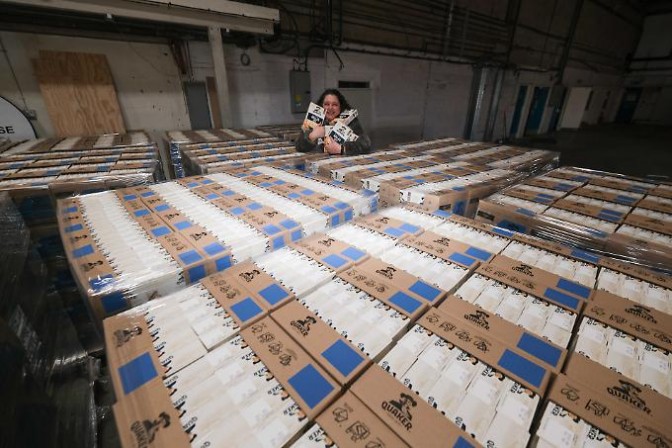 The original appeal, then known as the ‘Two Ts Fund’, was started by third NWN editor Frank Stillman in the late 1800s and delivered either a packet of tea or a tin of tobacco to elderly people in Newbury leading up to Christmas – depending on whether they were a lady or gentleman.

The PepsiCo link comes through his great-grandson James Stillman, who works for the company in Reading.