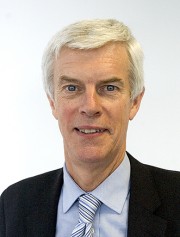 The long-serving chief of the News Media Association and its predecessor bodies has announced his retirement from the organisation.

David Newell, chief executive of the NMA, will step down in June 2021.

David oversaw the creation of the trade body in 2014, when the Newspaper Society, which represented the regional and local press, combined with national press body the Newspaper Publishers Association.

He had been director of the Newspaper Society since 1997, before combining the role with that of NPA director from 2007.

David, pictured, said: “Earlier this year, I announced to the NMA Board that I planned to step down as NMA CEO and retire from the NMA in June 2021.

“This will enable plans to begin to find my successor.

“The NMA plays a vital role for the news publishing industry and I have been very lucky as its CEO to work with a dedicated board and team which have partnered on projects and campaigns which sustain the role of the free media in the UK.

“There is much work to do and I hope that, by the time of my retirement, substantial progress has been made in our current discussions with the government on policies which will help sustain the industry and its world-beating journalism.”

NMA chairman Henry Faure Walker added: “David oversaw the creation of the News Media Association in 2014 to provide a united voice for the national and local news media industry.

“He is a strong defender of the press freedom issues which underpin our democracy and a passionate advocate of the importance of independent journalism.

“I look forward to continuing to work with him over the coming months as we commence the process of recruiting his successor.”

A solicitor by background, David was previously an academic at the University of Leicester and a legal advisor.

He was appointed an OBE in the Queen’s Birthday Honours in June 2017 for services to the newspaper and publishing industries.