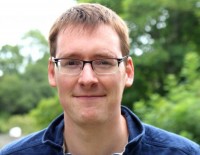 A news website has launched an appeal for donations in order to help it pay for contributions from “talented journalists”.

Nation.Cymru, which describes itself as an “English language national news service for Wales”, has called for further financial support after three years in business.

Founding editor Ifan Morgan Jones, pictured, launched the site in 2017, but believes it currently “accounts for less than 5pc of what it can and needs to be”.

Ifan is the latest independent publisher to launch a crowdfunding initiative for his site, after Brighton and Hove News editor Frank le Duc launched a similar appeal on Christmas Day.

Ifan, who also lectures in journalism at Bangor University, has stated more donations would enable the site to reach a new audience, invest in investigative journalism, and covered a greater number of topics including, sport, business, technology, Welsh culture and history.

In a message to readers, he wrote: “Running the site voluntarily, on top of a full-time job, I simply do not have the time to spend commissioning and editing large numbers of articles and dealing with all the potentially interesting offers and story leads that flood into my inbox every day.

“And while we’re massively thankful for our army of voluntary contributors, ideally we would be able to pay them and also commission articles by a greater number of people who do not have the time or resources to write articles for free.

“Giving talented journalists the time they need to carry out any sort of investigative journalism – the kind sorely lacking in Wales today – is also prohibitively expensive. There is massive potential here – the stories are there and the audience for them – but because the money is not there the potential is not being realised.

He added: “What we don’t want to do is go behind a paywall and lose 95pc of our readers. There is no point maintaining the site if only the same small group of people already interested in Welsh news and culture will read it.”

“Ultimately the only way we can continue to expand and improve the site is with your contributions.

“We currently have 250 donors and we are massively thankful to each and every one of them for the money they give us. Some have donated more than a thousand pounds each towards the website.

“But surely there are more than 250 people in Wales that want to see the development of our own national media and all the opportunities that would bring.

“In contrast to the small number of donors, what we don’t lack for is readers enjoying our content. As already mentioned, in November over 200,000 people visited our site. If every one of those gave a small donation of £5 a month, we would be raising £12 million a year.”