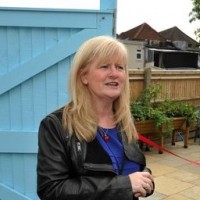 A regional news website exposed “unlawful” and “unprecedented” payments being made to a council’s chief executive, a report has found.

After examining the records, reporter Jamie Jubert revealed Ms Whelan had received a £46,000 increase in her overall income.

The two titles went on to probe other council expenses, prompting a complaint from Ms Whelan, pictured, over the coverage.

But they have now been vindicated after an independent report, published on Friday, found she often gave “no meaningful explanation” for expenses claimed.

One of the key focuses of the report was a £15,000 per annum sum given to Ms Whelan in January 2019 as part of an “additional duties allowance” despite such allowances being being capped at £6,000.

In the report, investigators also criticised the council for a “misleading statement” given to Surrey Live after it questioned a bill for £400 for Ms Whelan to stay at a five-star luxury hotel in Westminster in May 2019.

Surrey Live digital editor David Comeau told HTFP: “When it first emerged that Karen Whelan had received what appeared to be a dubious rise in her pay packet, residents were rightly incensed.

“The initial story came from good old fashioned trawling through documents on the council website by Surrey Advertiser print reporter Jamie Jubert to scrutinise how taxpayers’ money was being spent. It led to calls from residents for a proper investigation into whether it was justified, and a subsequent petition.

“Surrey Live started taking a closer look at other council expenditure linked to Karen Whelan, using FoIs and more trawling through documents. Jamie Philips looked at her expenses and discovered she’d stayed in luxury hotels and used taxis to get around London on council business.

“Eleanor Fleming, along with Jamie Phillips, looked into why a toilet listed as private on council invoices had been built right next to her offices.

“While we were looking at more of her expenses, Karen Whelan submitted a lengthy complaint saying our coverage was unfair and inaccurate, in an attempt to stop us running any more stories.

“We treated that complaint as we would any other and looked into every detail, but there were no inaccuracies and every story was justified in the public interest.”

While the report did consider a referral to police for offences of theft, fraud and misconduct in public office, it added that officers acted improperly rather than dishonestly and there was “no evidence to indicate that any statutory offence had been committed”.

Added David: “Anyone who’s been in local news for enough time knows that resources are more stretched these days and proper scrutiny requires time and effort.

“But this is an example of why it’s still so important. Many of these issues can go unnoticed if they’re not highlighted by local news outlets or even residents themselves.

“So I’m proud of our reporters for keeping up the pressure and of the impact it’s ultimately had, not just on ensuring this was properly looked into but on how the council is run in future.”

Council leader Alan McClafferty told Surrey Live: “As leader of the council I apologise to all residents on behalf of the council for the findings of the investigation. We acknowledge the failings within our policies and governance and have already taken a number of steps to address this.

“Your elected members and I cannot change what has happened in the past but officers and members alike are committed to moving the council forward and will continue to listen to residents in order to make Surrey Heath a great place to live and work.”